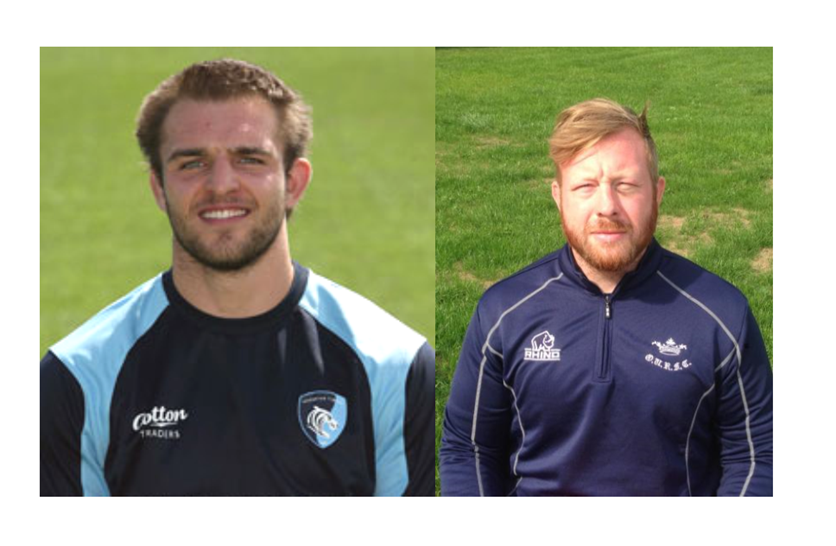 We're delighted to update you on two exciting additions to the coaching team at Oxford Harlequins.

Forwards coach Rob Bell (29) joined the coaching team at Oxford Harlequins in October. Rob was born in South Shields, a former member of Newcastle Falcons & Leicester Tigers academies, he represented Leicester in the Premiership. He has played for Birmingham & Solihull, Coventry and London Welsh in the Championship, EDF National Trophy & the British & Irish Cup in a total of 39 appearances. In National 1 for Henley & Blaydon he has accumulated 101 appearances scoring 43 tries. A Pilot Officer in the RAF, for whom he has multiple caps at XVs & 7s as well as for the Combined Services Rob joins after playing the last 3 seasons at National 1 sides Ampthill and Chinnor RFC.

Joe Winpenny joins the coaching team from the start of this month with an initial remit to focus on upskilling the set piece and scrummaging in the Oxford Quins Elite squad and U18 Academy. Joe is the Director of Rugby at Brookes University, the RDO for Oxford University and the lead coach for Oxford University Colleges XV. He is a Level 1 Strength & Conditioning coach, Level 2 referee and Level 3 RFU coach. Joe is well respected both as a player and as a coach: Joe was a England U18 trialist and then represented and captained Chinnor from 2000 to 2014 achieving multiple promotions as they rose to the National Leagues. He played for Amersham from 2014-17 and Banbury RFC from 2017-19 (where he also served as forwards coach). Joe has over 25 appearances for Oxfordshire County 1st XV. As a coach Joe has been particularly influenced by Lynn Evans and the methodologies that he picked up from Pierre Villepreux. He also takes inspiration from Former England U18 coaches Russell Earnshaw, & John Fletcher, the founders of the Magic Academy, but sees a massive amount of value and learning through interacting with groups of coaches from grassroots to elite level.

Head Coach, Pete Davies, "I'm delighted to have Rob and Joe as part of my coaching team. They have a wealth of experience, both playing and coaching, and we are lucky to have them on board. Rob is developing into an outstanding forwards coach, brilliant at work on the collisions and breakdown in particular, but excellent in all aspects of forwards play. As a player, Joe was regarded as one of the best scrummaging props in the National Leagues for over a decade and his technical knowledge and ability to share his experience and ideas means our young pack will benefit hugely from his involvement. I'm excited to see where we can take Oxford Harlequins over the next few years!"

Director of Rugby, Stu Wells: "The quality of the coaching team that we have now at Oxford Harlequins is breathtaking: Pete Davies came to us with Championship playing experience and as as a coach achieved multiple promotions for Henley within the National Leagues over his 8 year tenure there. Under his guidance as Head Coach we've already seen incredible progression this season in our abilities, game play and performance, resulting in our highest win rate and league position for many years. We are fortunate to have Rob Bell join Oxford Quins as Forwards Coach. As a player Rob amassed Premiership, Championship & National League experience as an openside flanker, and the work Rob has put into our forwards play is already reaping dividends . In Joe Winpenny we have one of the most forward-thinking and able coaches in the region. The insight and expertise that Joe brings to our set piece has had an impact in the first couple of weeks already. This coaching team could be coaching at Championship Level, it's now down to us as a club to make sure that we focus and learn as much as we can from this very talented and able group of coaches and embrace the opportunities that their guidance provides."